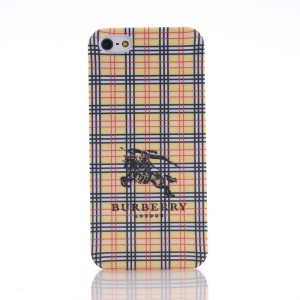 We’re currently refreshing the FTSE100 CEO social media research that stamp London first published in the summer, and news this morning shows how quickly such research can date. The poster child of social media usage amongst the top ranks of big companies, Angela Ahrendts, has announced that she will be shortly heading back to the USA to head retail and online stores for Apple.

This news isn’t all too surprising, given the luxury brand positioning of the Cupertino company, and the success that Ahrendts has had in making Burberry a global prestige brand. It does raise some interesting other questions, though.

Ahrendts is head and shoulders above any of her peers in terms of using social media as a “broadcast” platform to the world. Whilst most FTSE CEOs shy away from any of the social platforms, Ahrendts is followed by nearly 25,000 people on Twitter, and a staggering 158,500 on business network LinkedIn (those numbers were as of 14th October before the Apple announcements). Whilst those numbers are no Justin Bieber, they are out of the world of most UK business leaders (with the notable exception of RIchard Branson).

What will happen when she moves to the famously secretive Apple? My hunch will be that you will see a close down in such personally branded communications. Ahrendts is very much a broadcaster rather than collaborator in her use of social media: 25,000 followers today (up from 17,000 in June when we last sampled), yet only 89 followed (and that’s only gone up from 88 in the summer). Closing down those channels would seem to be the obvious way to go to fit within the controlled communications model of Tim Cook’s company.

But what of Christopher Bailey, Ahrendts’ replacement? Currently Burberry’s Chief Creative Officer, Bailey has no presence whatsoever on either Twitter or LinkedIn, despite being from  a generation that are digitally aware if not truly native. Born in 1971, Bailey will be younger than the vast majority of his CEO peers, who on average are in their mid 50s. Will Bailey have his social presence built up, or is that channel something that is too intertwined with Ahrendts’ personality to repeat the same trick again? It’s difficult to tell at this stage, but again my hunch is that we’ll see the social lights go off at the exec level of Burberry. That Bailey doesn’t appear social network-engaged today leaves me thinking he’ll leave the catwalk to do his talking.